Skip to content
Its been long since I blogged. Its not that I didn’t want to, and certainly not cuz i didnt make anything, but I just cant tell why I just cant get myself to blog! Argh! Anyways, I have been somewhat active on Fondbites Bake Along group run by Subhashini on Facebook. I will try and update the bakes I have made till date in the days to come. 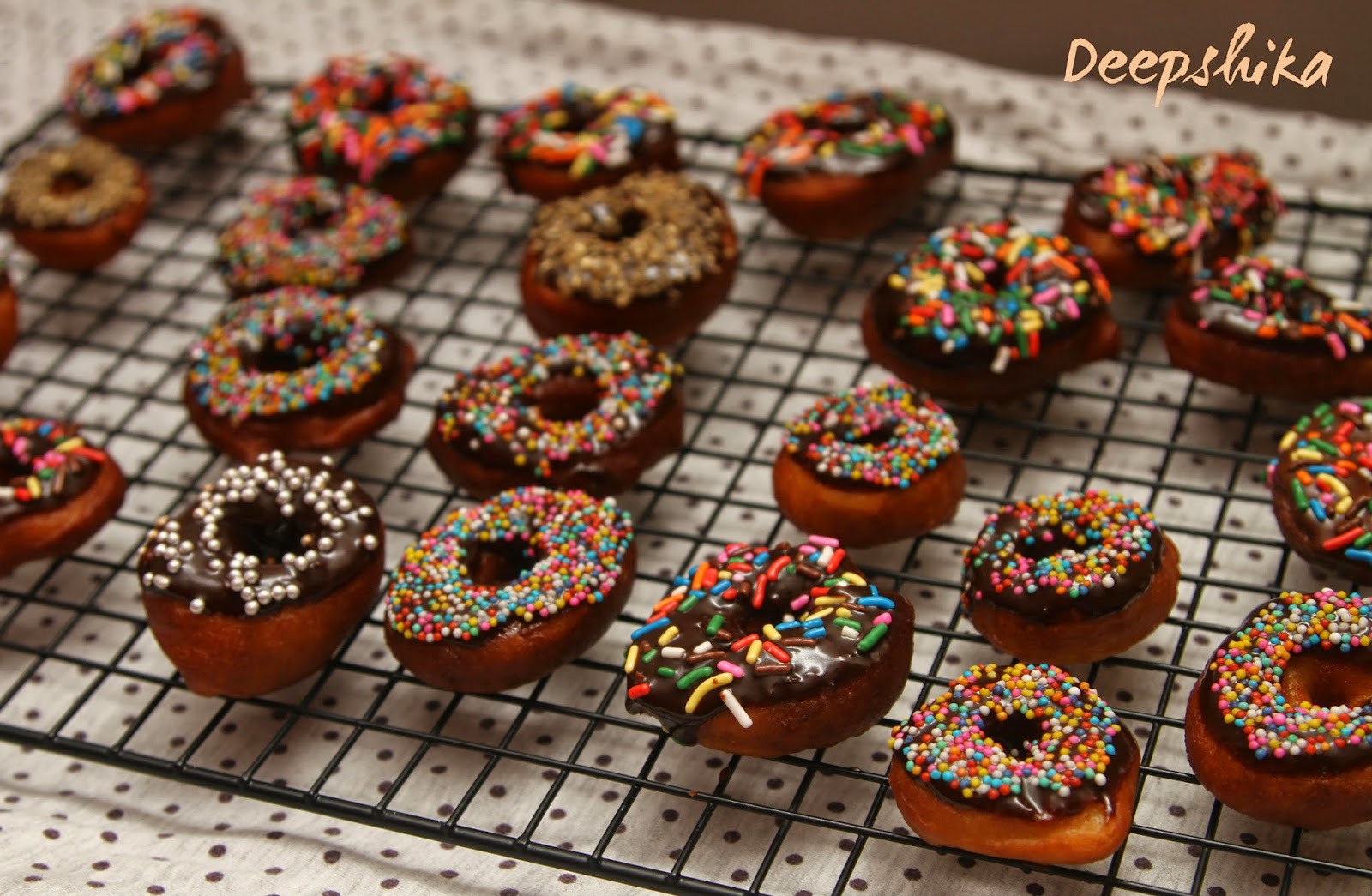 These doughnuts were made for the bake along’s 22nd week. Though the original recipe contains Vanilla Cream and Vanilla Glaze, I decided to go with Chocolate glaze and Nutella filling because almost everyone in our family loves chocolate.
Doughnut Recipe: Bakealong #22 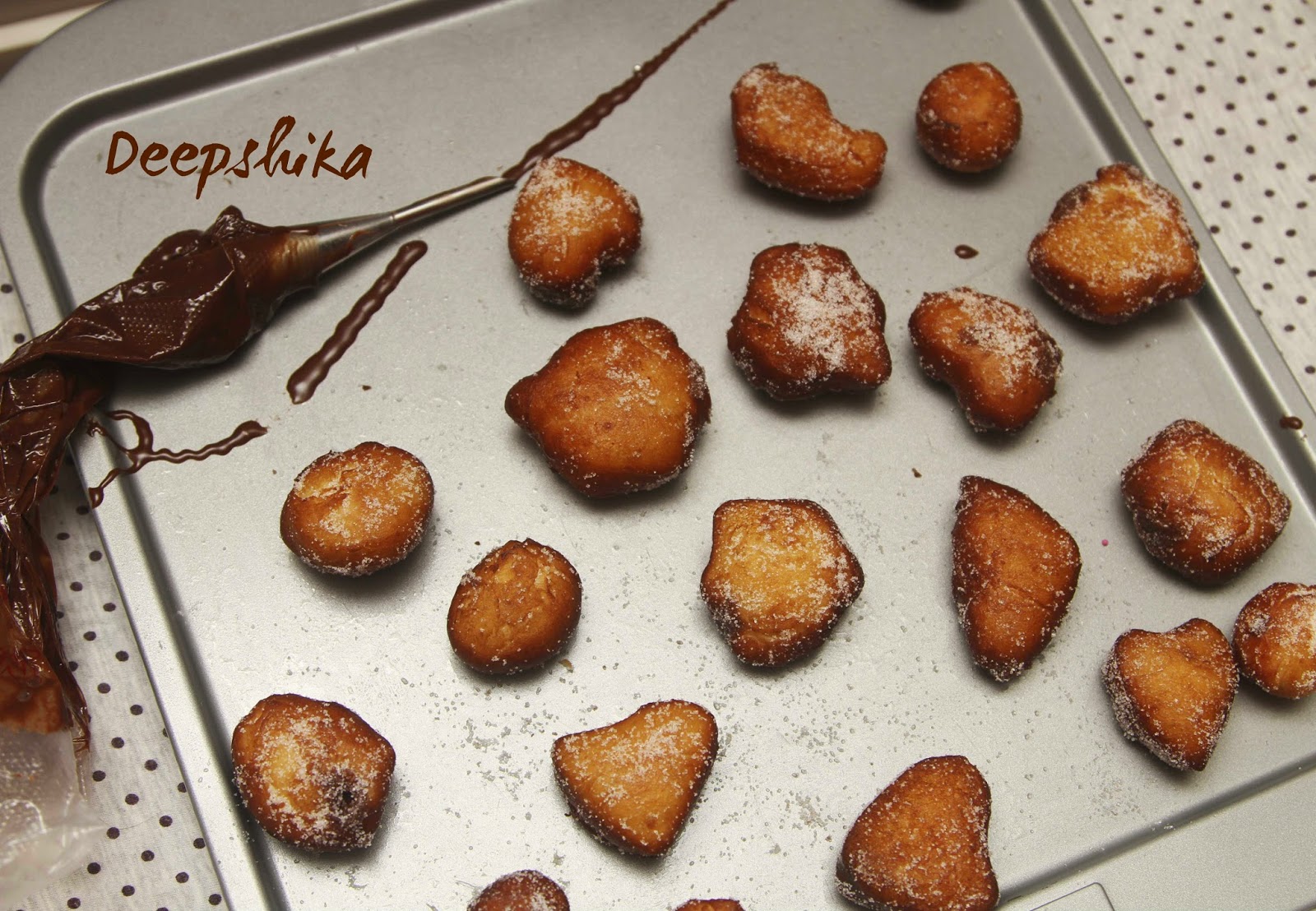 I dont have much experience working with yeast and I did have some trouble activating the yeast this time but after a few attempts and some help from Subhashini and the Baker’s yeast box(!), I succeeded. The joy that rises within us along with the dough is indescribable. I was so happy, just wanted to share this pic 😀 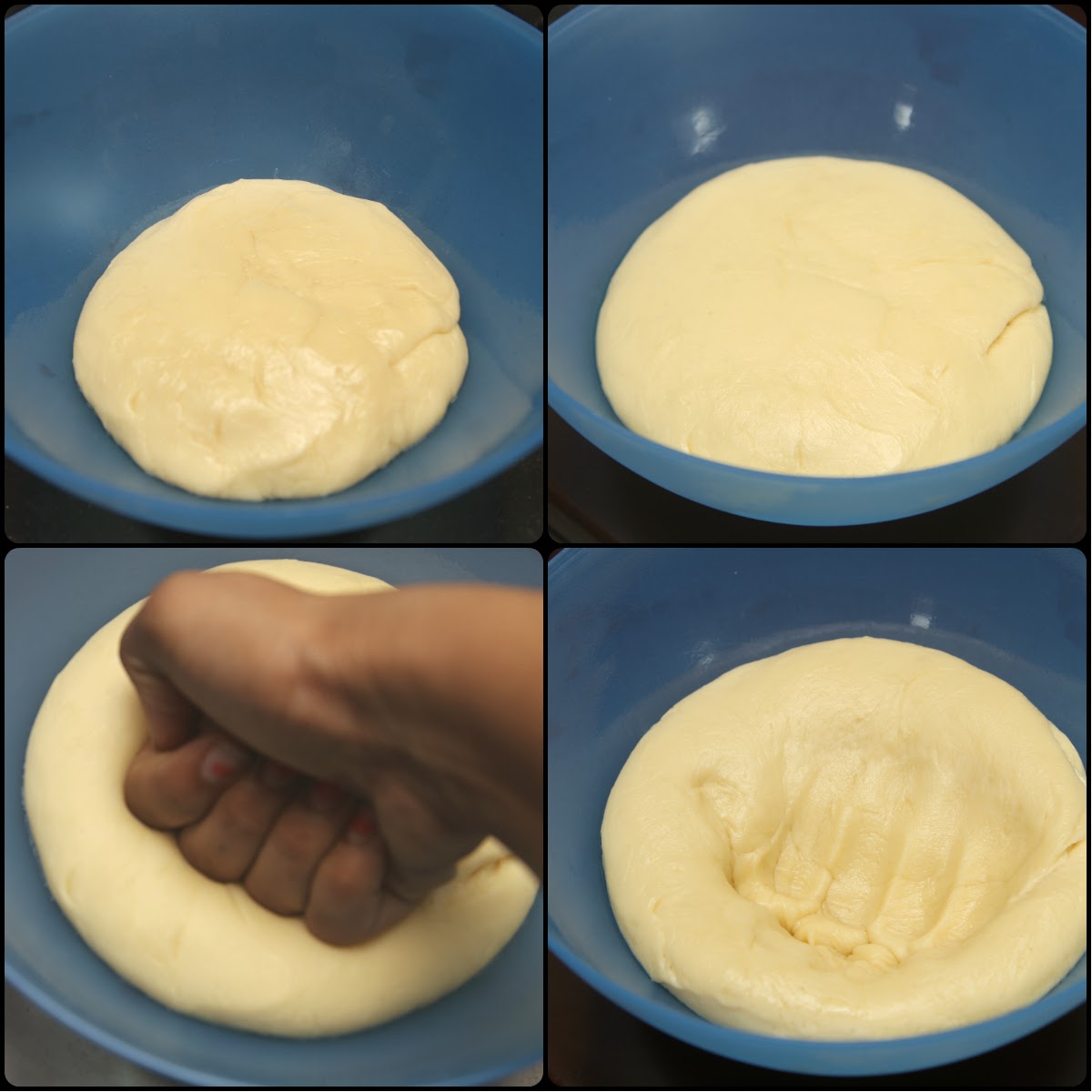 Onto the doughnuts, For the chocolate glaze, I used half of this Recipe from thekitchn.com. 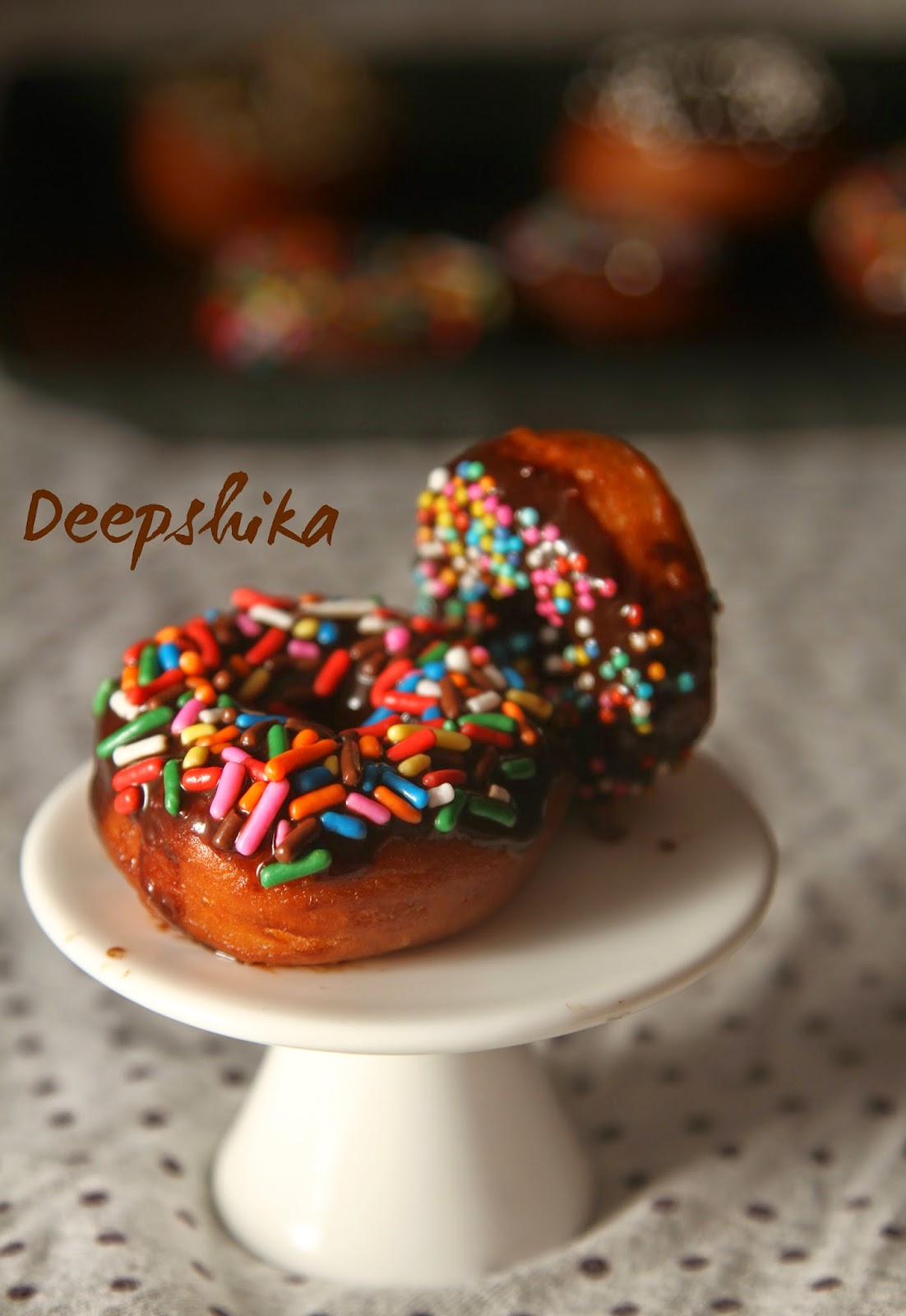 For the filling I whipped about half a bottle of Nutella for 3-4 mins, added 3 Tablespoons of heavy cream and just for the heck of it, a teaspoon of butter, and beat for another 3 mins, voila, yummy filling was ready. Fill up a piping bag with the good stuff and fill those tiny goodies waiting to be filled. 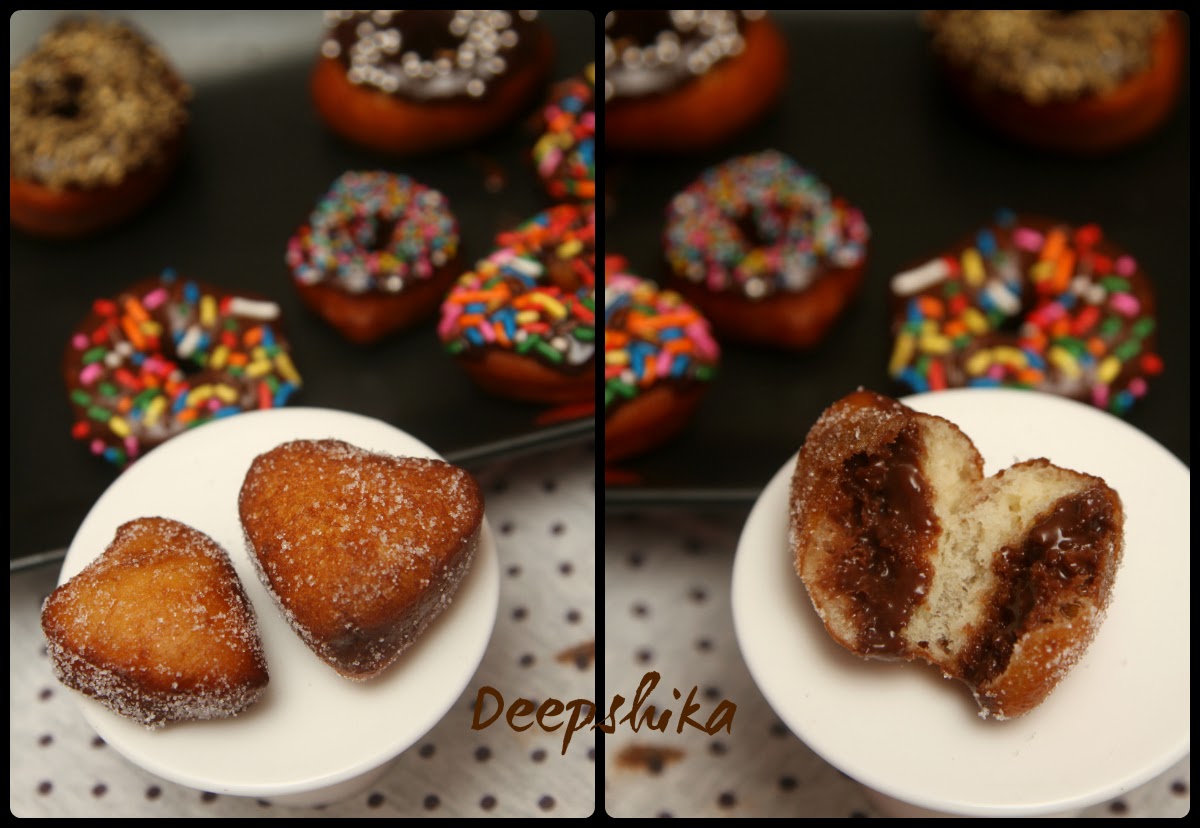 I know the shapes are all off, but who cares? They were totally Yumm. The doughnuts were sooo soft! Look at the texture here. Mmmm.. 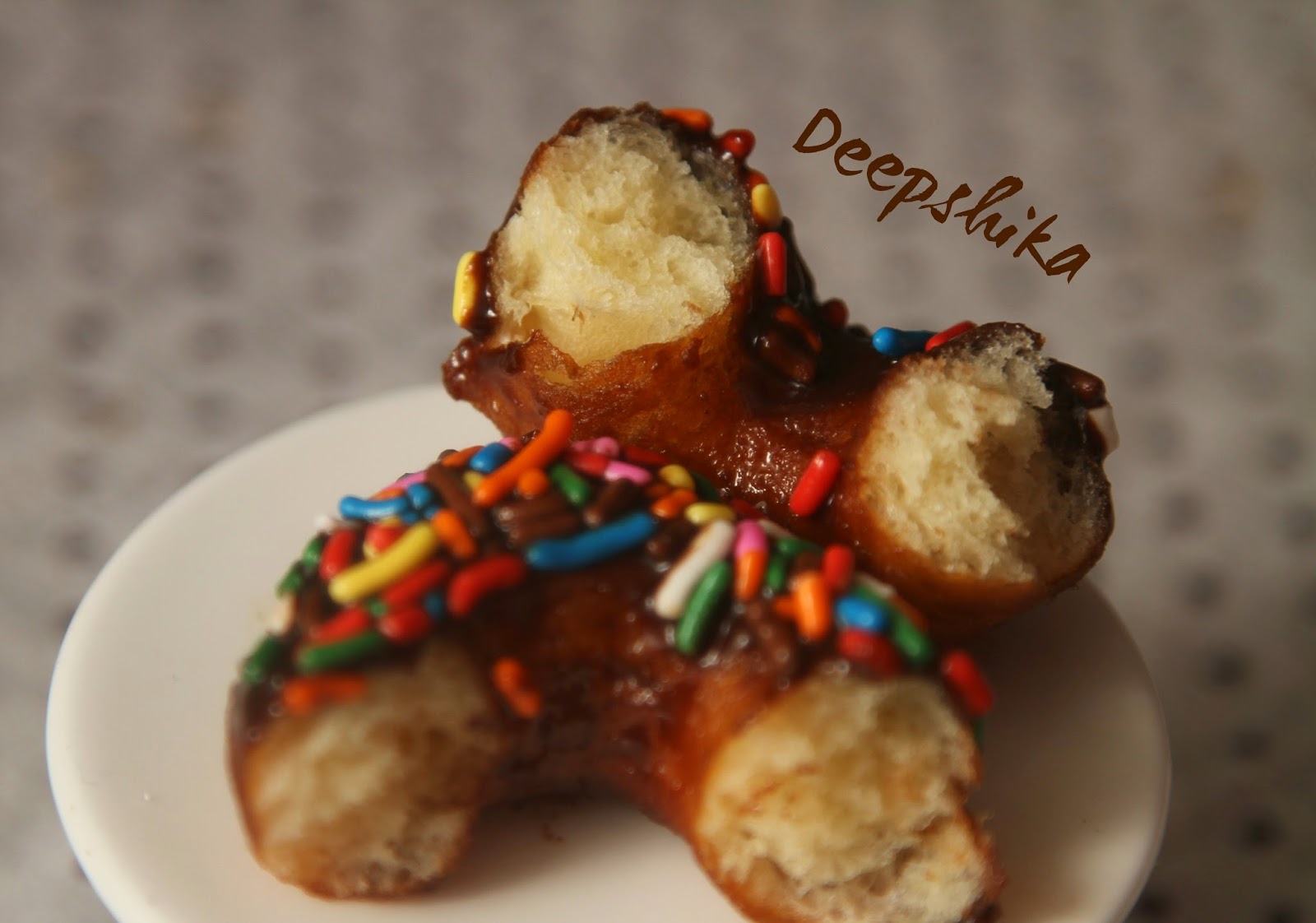 One last pic (and my fav) for indulgence.. 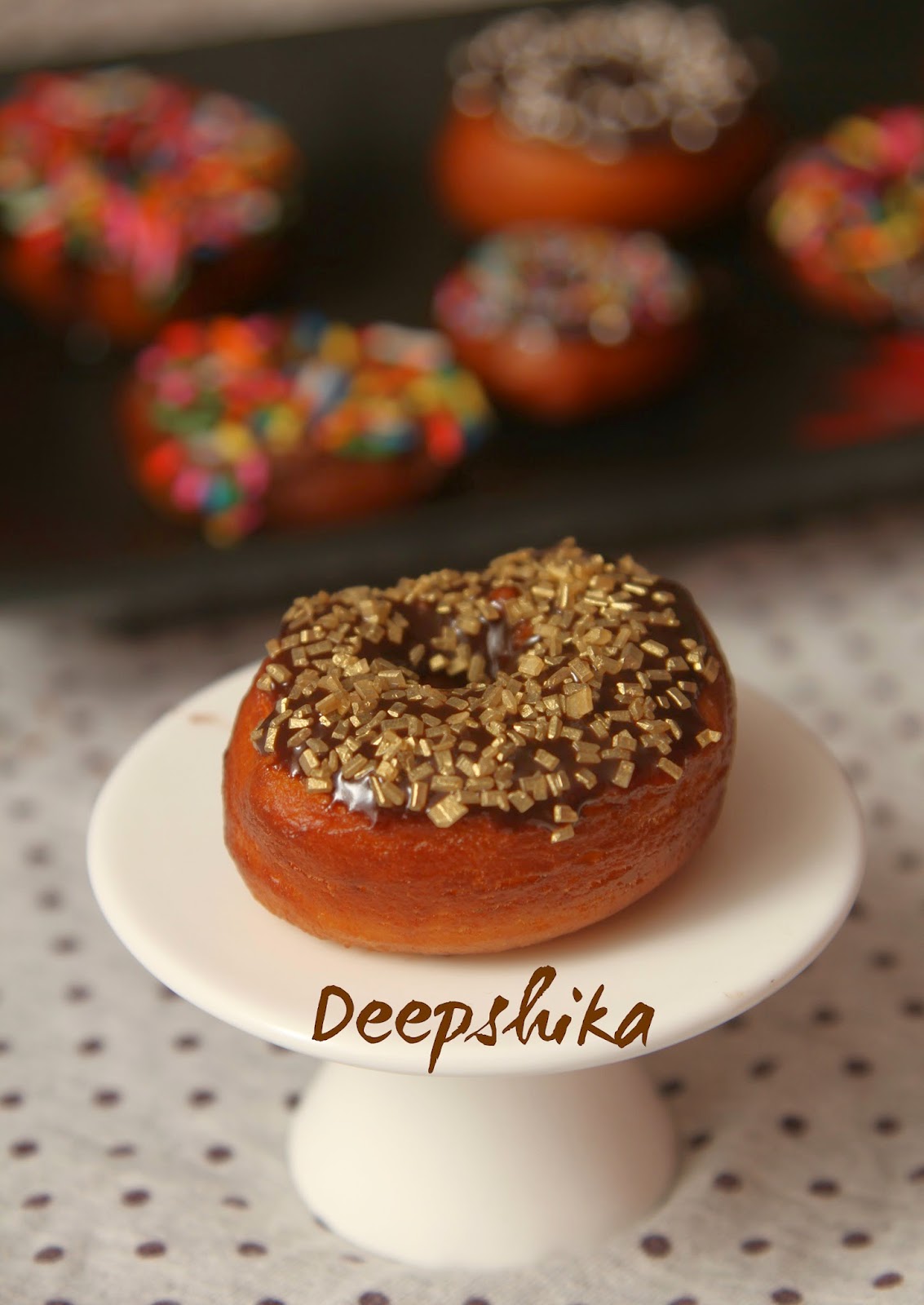 I hope you guys try this recipe, its so Divine! Oh and speaking of divine, I have changed my blog’s name to Dee’s Divine Delights (previously The Fiery Baker) because, well its more appropriate.
Until next time.. Keep smiling 🙂

This has been baked for Fondbites, Bake Along, a group of enthusiastic bakers who bake one recipe every week.